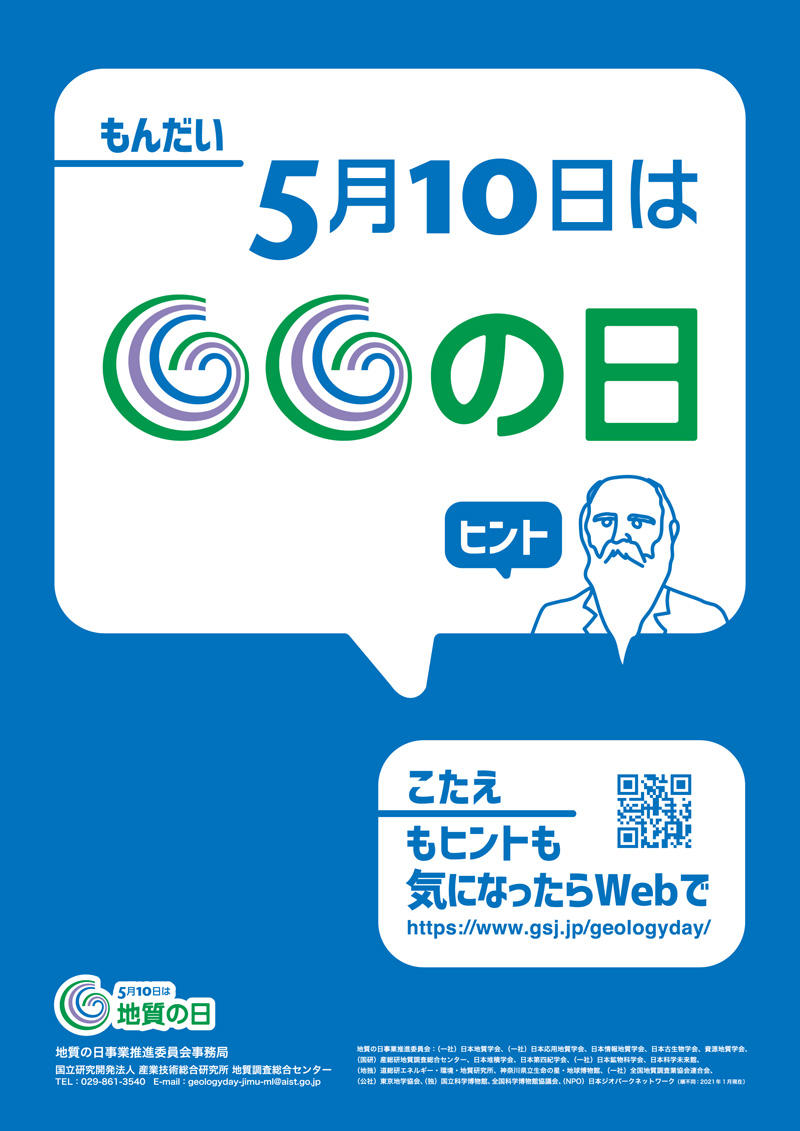 Morphological and cuticular features of Cunninghamia protokonishii were examined, studying the original material and additional fossils that were collected from the earliest Miocene to the early Pleistocene of Japan and Korea. The species is characterized by foliar morphology that superficially resembles C. konishii, but differs by large terminal seed cones and seeds, which are more similar to C. lanceolata. Cuticle of C. protokonishii shows a wide range of anatomical variability compared to the extant two species that include epidermal cell size, stomata distribution, and orientation. Based on foliar morphology, C. protokonishii can be distinguished from all other known fossil and extant species of Cunninghamia described so far. Distribution of C. protokonishii was mostly confined to the Japanese islands, with neighboring areas in Korea and southern Sakhalin. It appeared in eastern Asia by the earliest Miocene—a time prior to the opening of the Sea of Japan—and persisted until the Mio-Pliocene on the Japanese islands.

In this paper, a brachiopod fauna (the Tairagai fauna), consisting of 11 species in 11 genera, is described from the uppermost part of the Odaira Formation at Tairagai in the Yokota area, South Kitakami Belt, northeastern Japan. The age of the fauna is identified as the late Visean (early Carboniferous). Palaeobiogeographically, the Tairagai fauna has a close affinity with those of western Europe (the UK, Germany and Belgium), central Russia (southern Urals and Kuznetsk Basin), Kazakhstan, Kirgiz and northwestern China (Xinjiang and Gansu). The South Kitakami region probably located near the North China block in the Late Palaeozoic, and tectonically belongs to the CAOB.

Two rare artiodactyl mammals from the basal upper Miocene Nakali Formation (ca. 10 Ma) of central Kenya are described. They are cf. Listriodon sp. (Suidae, Listriodontinae) and Dorcatherium cf. pigotti (Ruminantia, Tragulidae), which are the first discoveries of a listriodontine and a tragulid in the formation. Cf. Listriodon sp. is represented by a talonid of a lower molar that has a strongly lophodont hypolophid. Although this listriodontine material is fragmentary, it is comparable in morphology and size to large and fully lophodont species of the genus Listriodon, such as L. splendens and L. pentapotamiae theobaldi. If the Nakali specimen proves to be phyletically closely related to these two species, it indicates that a highly derived lineage of Listriodon existed in East Africa around 10 Ma, implying a possible migration of this lineage from Europe/Asia to East Africa during the middle or earliest late Miocene. Dorcatherium cf. pigotti is represented by DP4 (or M1) and a mandible with p3–m3, which are comparable in size to those of D. pigotti among the African species of the genus. Although the genus Dorcatherium and species D. pigotti are common taxa in the early to middle Miocene of Africa, they are rarely found in the late Miocene. This is the second record of the genus in the late Miocene of Africa, reinforcing evidence that Dorcatherium existed until the basal late Miocene in East Africa.

The extraordinarily large and aberrantly shaped shells of the Permian bivalve family Alatoconchidae (Ambonychioidea), thought to have a photosymbiotic mode of life like the modern fragine bivalve Corculum, are difficult to extract from their host limestone bodies; therefore, their morphologies have been reconstructed mostly based on broken shell pieces. The alatoconchid Shikamaia akasakaensis Ozaki, the type species of the genus from the middle Permian Akasaka Limestone of central Japan, was described based on only three fragmentary specimens; its shell characters were later reassessed from specimens from the Neo area, ca. 30 km NNE of the type locality. Because of the fragmentary nature of the type specimens of S. akasakaensis, this species is difficult to diagnose and cannot be compared taxonomically to the specimens from the Neo area or other known species. A shell reconstruction based on 19 specimens from the type locality shows that S. akasakaensis exhibits a very large, elongated elliptical shell form but clearly differs from the Neo specimens in its higher and longer dorsal crests and more dorsally reflected shell wings in the anterior portion, rendering the establishment of a new species (Shikamaia ozakii Asato and Kase sp. nov.) for the latter specimens. The outer shell consists of a very thin outermost prismatic layer that is underlain by thick layers of granular crystals in both species of Shikamaia, which suggests that the shell did not allow sufficient sunlight penetration to culture symbiotic microbes in the soft tissues of these animals. The “Corculum model” of photosymbiosis therefore is unlikely for the two species of Shikamaia. The discovery of the presence of a ventral gape, a previously unreported shell character, suggests extension of the soft body into the sediment through this opening during life. Three possible modes of life (fragine-like photosymbiosis, lucinid-like chemosymbiosis and normal suspension feeding) are discussed.

In the Integrated Ocean Drilling Program (IODP) Exp. 346, sampling by drilling was conducted at seven sites (U1422–U1427 and U1430) in the Japan Sea. Radiolarians in moderately well preserved states were found in most samples throughout the sequence in varying abundance. Forty-one radiolarian datum events were identified in this study, and the radiolarian zonation that best divides the middle Miocene to Pleistocene sequences with updated ages of radiolarian datum events (estimates based on the geomagnetic polarity time scale (GTS) 2012) was applied to the sedimentary sequences in the Japan Sea. Here, four new radiolarian zones are proposed for the Quaternary of the Japan Sea, and one zone is slightly revised to adjust for differences among other zones. The sequences collected at the sites extended from the Pleistocene Ceratospyris borealis Zone to progressively deeper zones as follows: Site U1427, four zones to the Pleistocene Schizodiscus japonicus; Site U1422, six zones to the late Pliocene Hexacontium parviakitaense Zone; Sites U1423, U1424 and U1426, eight zones to the early Pliocene Larcopyle pylomaticus Zone; and Sites U1425 and U1430, fourteen zones to the middle Miocene Eucyrtidium inflatum Zone. The absence or extremely rare occurrence of Stylatractus universus and E. matuyamai indicates that S. universus lived in the deep water of the northwestern Pacific and had not been able to migrate into the Japan Sea across the Tsugaru Strait since the Pliocene.

We present a biostratigraphic study of the Latentifistularia (Radiolaria) in the upper Middle to lower Upper Permian (upper Capitanian to lower Wuchiapingian) succession of bedded chert of the Mino Belt in the Mt. Funabuseyama area, central Japan. The rocks examined are interpreted to be of pelagic facies on the deep-marine lower flank of a mid-Panthalassic seamount. We established six, latentifistularian-based interval zones in the chert succession (ca. 12.5 m in thickness) by using the first appearance datum of the latentifistularian species. They are the Foremanhelena triangula, Ruzhencevispongus sp. B, Ruzhencevispongus sp. C, Triplanospongos angustus, Cauletella paradoxa, and Triplanospongos musashiensis interval zones in ascending order. The first interval zone is underlain by an unnamed zone characterized by Follicucullus charveti and F. spp. with minor F. bipartitus and Pseudoalbaillella sp. On the basis of the radiolarian assemblage, we correlate the Foremanhelena triangula, Ruzhencevispongus sp. B, Ruzhencevispongus sp. C, Triplanospongos angustus interval zones and the Cauletella paradoxa and Triplanospongos musashiensis interval zones with the Follicucullus charveti-Albaillella yamakitai and Neoalbaillella ornithoformis assemblage zones in Japan, respectively. The lower three interval zones and the upper two interval zones are compared with the upper Capitanian and lower Wuchiapingian, respectively. The Triplanospongos angustus Interval Zone presumably includes the Guadalupian-Lopingian boundary. Our results show that the latentifistularians can be used to the biostratigraphic zonation of the upper Capitanian to lower Wuchiapingian stages, in which the albaillellarians are much less abundant and diverse. The newly proposed interval zones permit the further subdivision of upper Capitanian to lower Wuchiapingian successions.